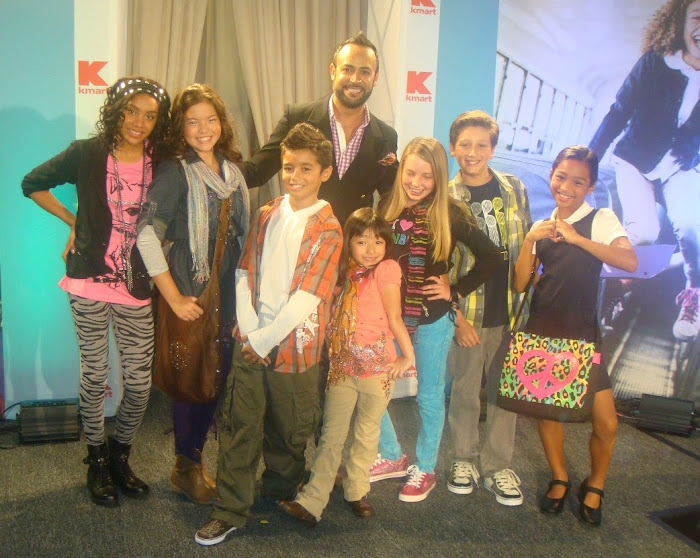 Fashion Grade: Nick Verreos poses with the Kmart Burbank Back To School Runway Show models
Last week, I was fortunate enough to be asked by Kmart to style--and host--Kmart's 2010 Back To School Fashion Show!!! I have worked with Kmart before, as a Spokesperson and even did a Spanish-language mini-commercial for their famed Layaway Program last Christmas! This time, they contacted me, asking me to style a Back To School Fashion Show they were doing in Southern California. Kmart was going to have ONLY TWO Back To School fashion shows of this kind: One in Chicago, and one in the LA area (that's where I came in!) 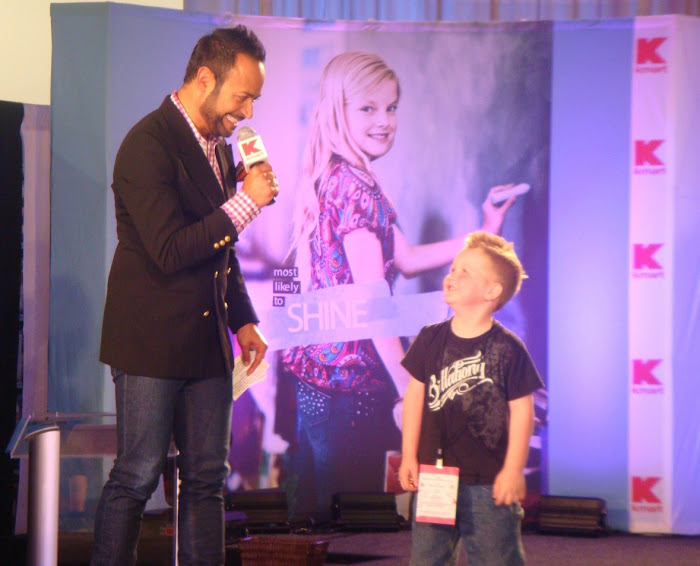 No Really, Strike A Pose: Host Nick Verreos tries to make an audience member be "America's Next Top Male Model", Kmart Burbank Back To School Fashion Show
The day before the show, I brought in the styling expertise of my Nikolaki co-designer David Paul (he's worked for YEARS as a wardrobe stylist and costume designer doing too-many-to-mention infomercials as well as FAB TV shows). We spent hours and hours shopping at the Burbank Kmart--the location of the show. We had to put together two looks for six young models pulling from brands like Selena Gomez' Dream Out Loud line, as well as Route 66, Rebecca Bonbon and many others. 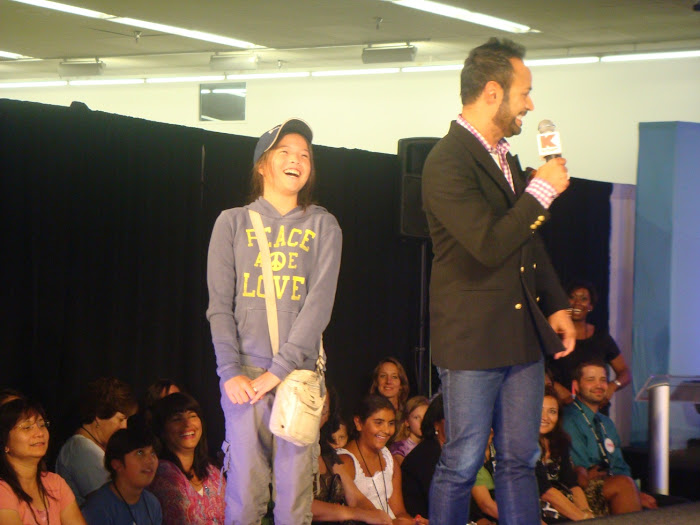 Who Wants To Be A Model and Have A Makeover: Nick Verreos chooses an audience participant, Kmart Burbank Back To School Fashion Show
There was also a "styling twist": The day of the show I was going to pick ONE young audience member who would actually get to model in the show. In other words, we had to also style different looks for this unknown audience model. And you'd never guess that all the complete looks we eventually chose were under $75!!! 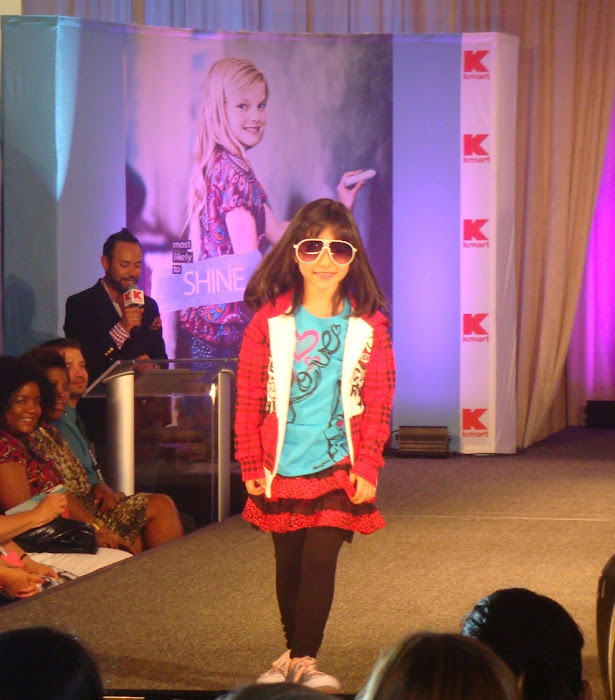 Work It: Kristen opens the show wearing a hoodie and skirt from Route 66, Rebecca Bonbon t-shirt, Basic Editions leggings and studded sneakers from Wonder Kids
The show was a HUGE success (the store was packed!). Kmart Burbank was set up like a full-on professional fashion show: Runway stage, background, and even "VIP" seats! Each seat had a Kmart "Goodie Bag", which was a HUGE backpack filled with candy and snacks! (the kids loved that!). 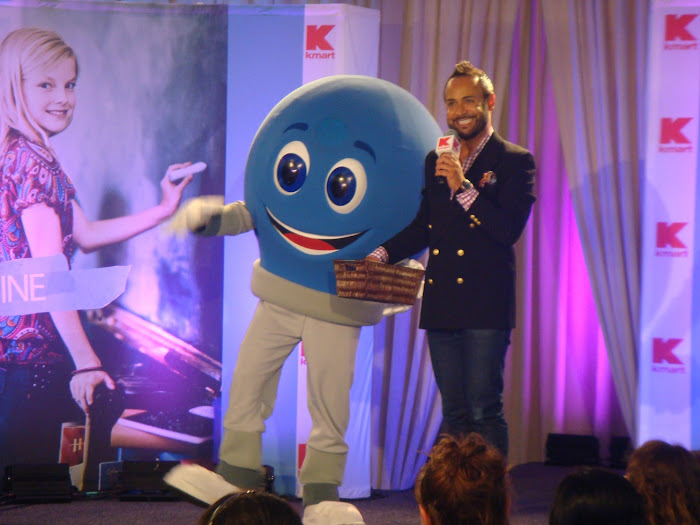 I began the show doing my "Nick Runway Walk" (of course!). Afterward, I gave out SEVERAL $100 Kmart Gift Cards to ticket-holding audience members, so they could do some Back-to-School shopping! I needed someone to hold the basket of tickets so my "Vanna White" was: Yes, the Kmart BLUE LIGHT...as in "Blue Light Special"! The Kmart Back To School 2010 Fashion Show went smoothly: The young (professional) models-- as well as the very surprised girl I picked from the audience--did AMAZING!!! There were several Trends for Fall 2010 Back To School: Bohemian Chic, Color, Rocker/Concert Fun, Embellished Details and Skateboard Chic.
Here are some photo examples from the show: 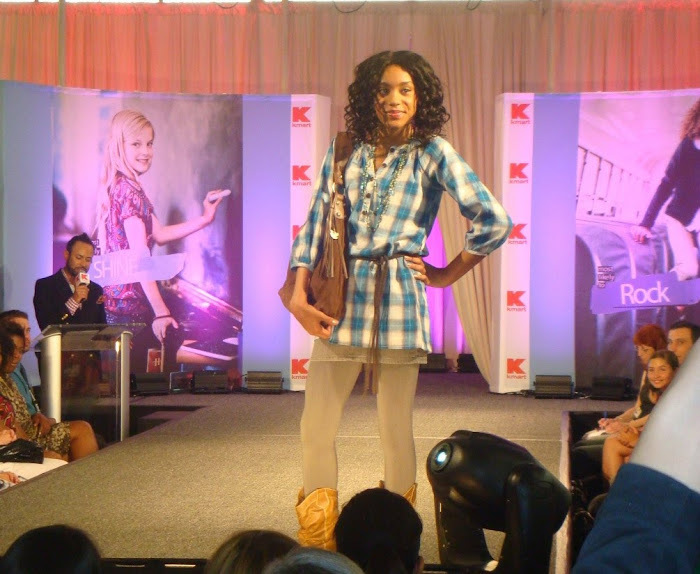 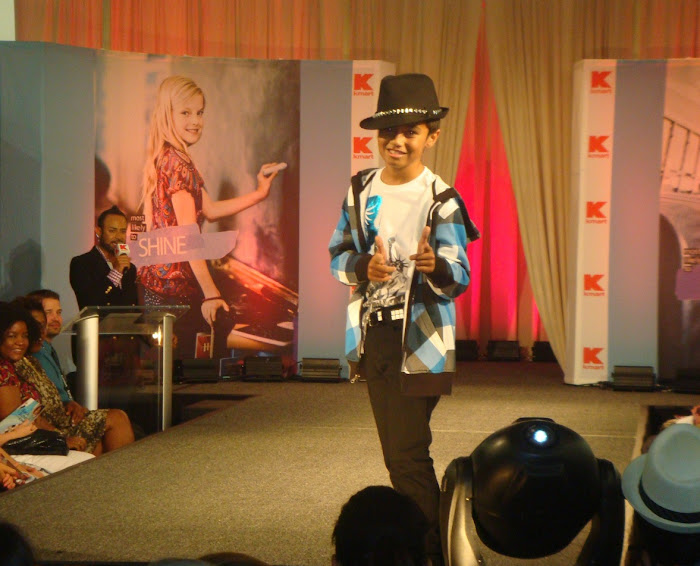 Jayden gets a "A" in his Back To School" Runway Look wearing a hoodie, skinny jeans and sneakers from NSS 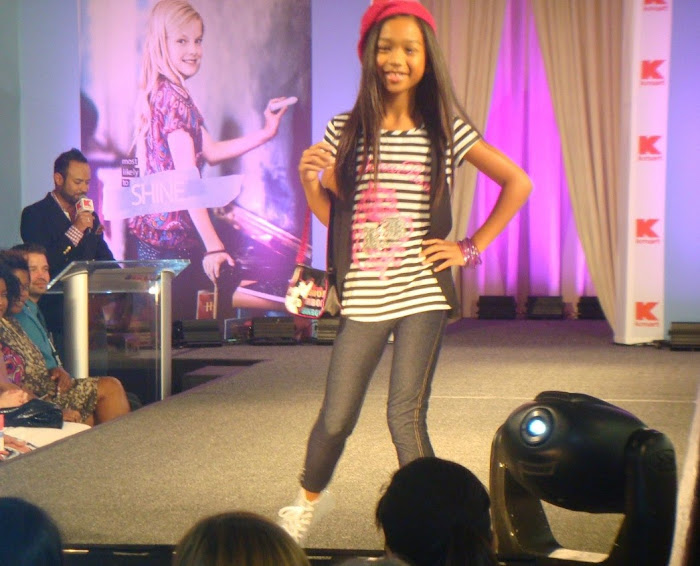 Jadah wears a pink beret from Trend Zone, jeggings (hot for Back To School!) and a t-shirt and purse from Rebecca Bonbon 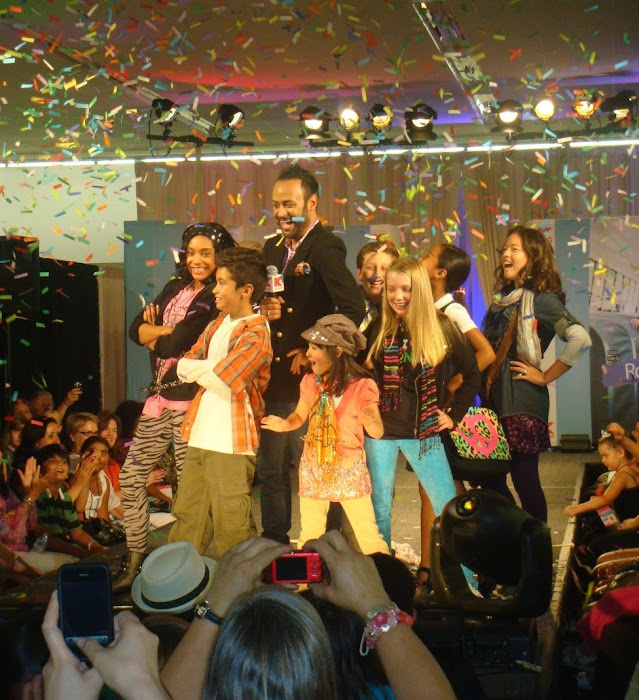 Confetti Finale: Nick Verreos and all the models take their bow, Kmart Burbank Back To School Fashion Show
The show ended with a power Confetti Blast (see above), as my young models did their final Runway DIVA poses (which I told them to do of course!): Gotta get that final pose in before you walk off! All in all, it was great fun. What's better than a Back To School fashion show, winning a $100 Kmart Gift Card, fashion with value (hello, it's KMART!!), shopping, AND a big ol' Goodie bag? Nothing! See you in school: Watch out, I might be coming to a school near you and seeing if you make my "Nick Verreos Fashion Grade"!
Below are a few videos from the show:
Diposting oleh phahmiiy di 16.52